Fresh from the success of the Whitehouse Scientific co-sponsored Philippines national team in the Deloitte Street Child World Cup, managing director Dr Graham Rideal has been sharing his experiences with schoolchildren near the company’s base in Chester (UK).

“With the World Cup being the hot topic in the playground this has been an ideal time to talk to local schools about my time in Durban where the games were played,” said Dr Rideal “I’ve been able to make it fun while at the same time telling students about the millions of vulnerable and marginalised children throughout the world who currently live on the streets.”

The Deloitte Street Child World Cup was designed to give forgotten children a voice and to campaign for their rights. The tournament marked the launch of a new initiative from the Amos Trust, an organisation that works with a network of community projects from around the world to raise awareness of, and provide support to address, injustice and poverty. Organisers believe that no child should be forced to live on the streets.  Together, they call for street children’s rights to a full, healthy, dignified life, as set out in the United Nations Convention on the Rights of the Child (UNCRC).

“Although the tournament is over for this year, the work of the new Amos Trust initiative continues” said Graham Rideal. “They help give support to the street children and try to give them a small part of the lifestyle that others take for granted.”

Donations can be made via the Amos Trust website at: www.streetchildworldcup.org 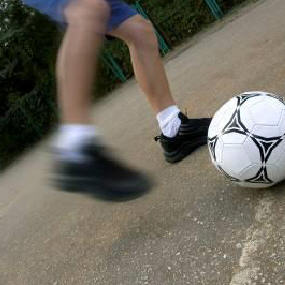